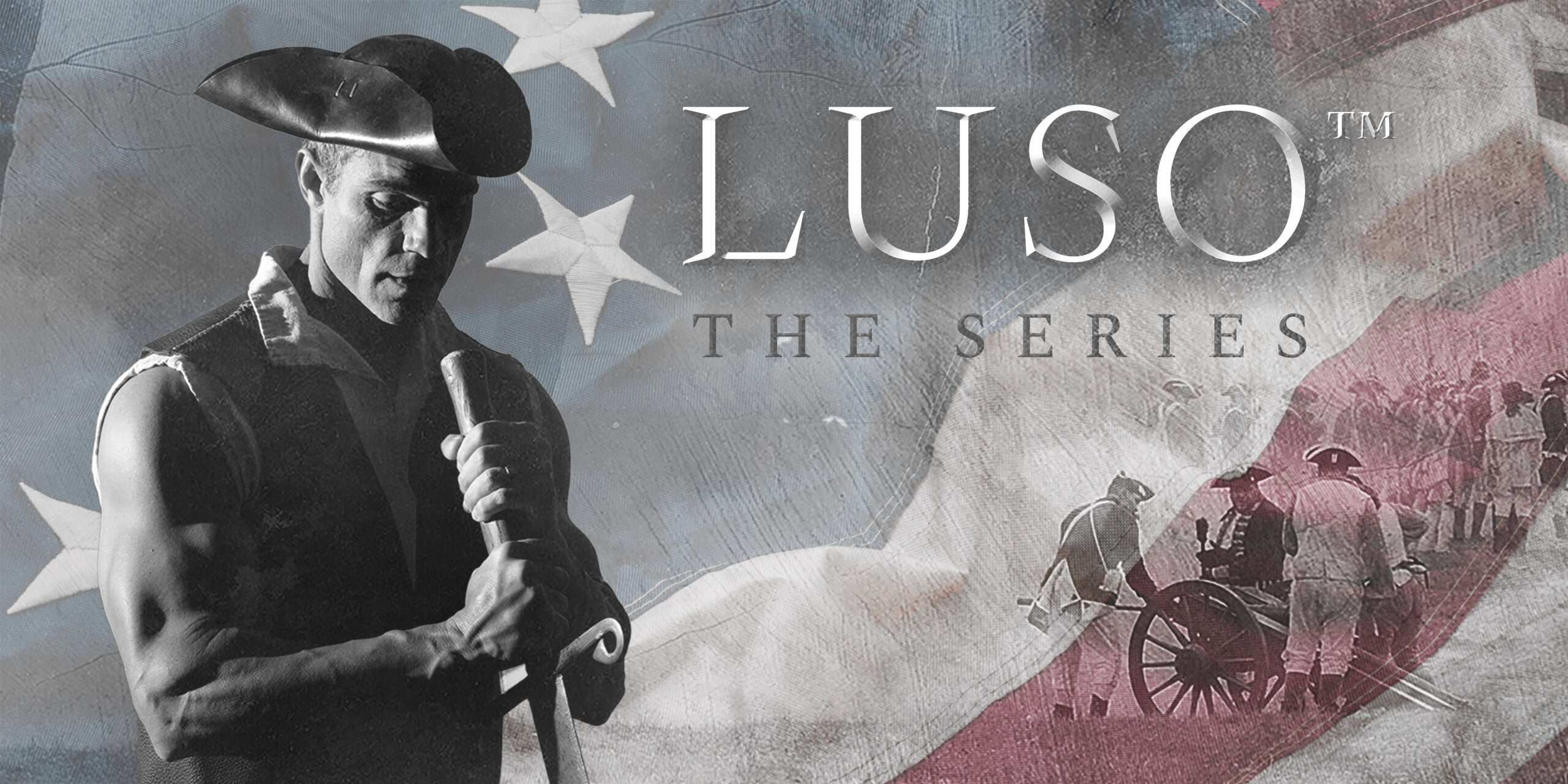 Historians have called Francisco “America’s Braveheart.” Legends have named him “LUSO, the Virginia Giant.” George Washington called him the “Hercules of the Revolution” and said: “Without him we would have lost two crucial battles, perhaps the war, and with it our freedom.” Yet few people, to this day, know his name or have heard the story of this Portuguese slave who fought for his freedom and the freedom of our country in a story that is epic, mythical and true.

He was born Pedro Francisco, the son of exiled Nobles from Portugal who fled to an island paradise in the Azores. But it soon became Paradise Lost. At the age of five, Pedro was ripped away from his family and kidnapped by pirates. When the ship he was imprisoned on was destroyed in a hurricane, young Pedro miraculously survived in a rowboat and eventually washed ashore in Virginia at a time when rebellion and war were brewing on the horizon. With no idea of who he was or where he came from, Pedro was placed in an orphanage then purchased and adopted by a wealthy plantation owner who gave him a new name: Peter Francisco.

As he grew from boy to man, Peter — standing at 6’ 6” when the average height was a foot shorter than that — was a literal giant among men. But his life was not an easy one. Though he longed for the freedom he remembered from his childhood, he was not free. He was treated like an adopted son, but he was also a slave. His journey is as much a struggle for identity as it is for freedom. Who is he? Where does he come from? What is his destiny? He also longed for the freedom to be with the woman  he loved but, like Romeo and Juliet, their love was a secret and forbidden one.

As war became inevitable, Peter defied  his adopted “father” and joined the new Continental Army in exchange for his freedom. He was a warrior on the battlefield and in the ongoing fight to free the budding new nation that had become his adopted home the warrior became a legend. This is an epic story of the birth of a hero and the birth of a country, born of protest, rebellion, and revolution.

Even though it’s a story from long ago, the same vibrant protesting “American Spirit” is alive and well today, as is the same fight for equality, justice, and a voice to be heard. The ideas and themes aren’t about yesterday they are about today. LUSO™ will explore them all through the eyes and through the incredible journey of Peter Francisco as he forges his destiny and ours through the steel blade of his sword and the fire in his heart. 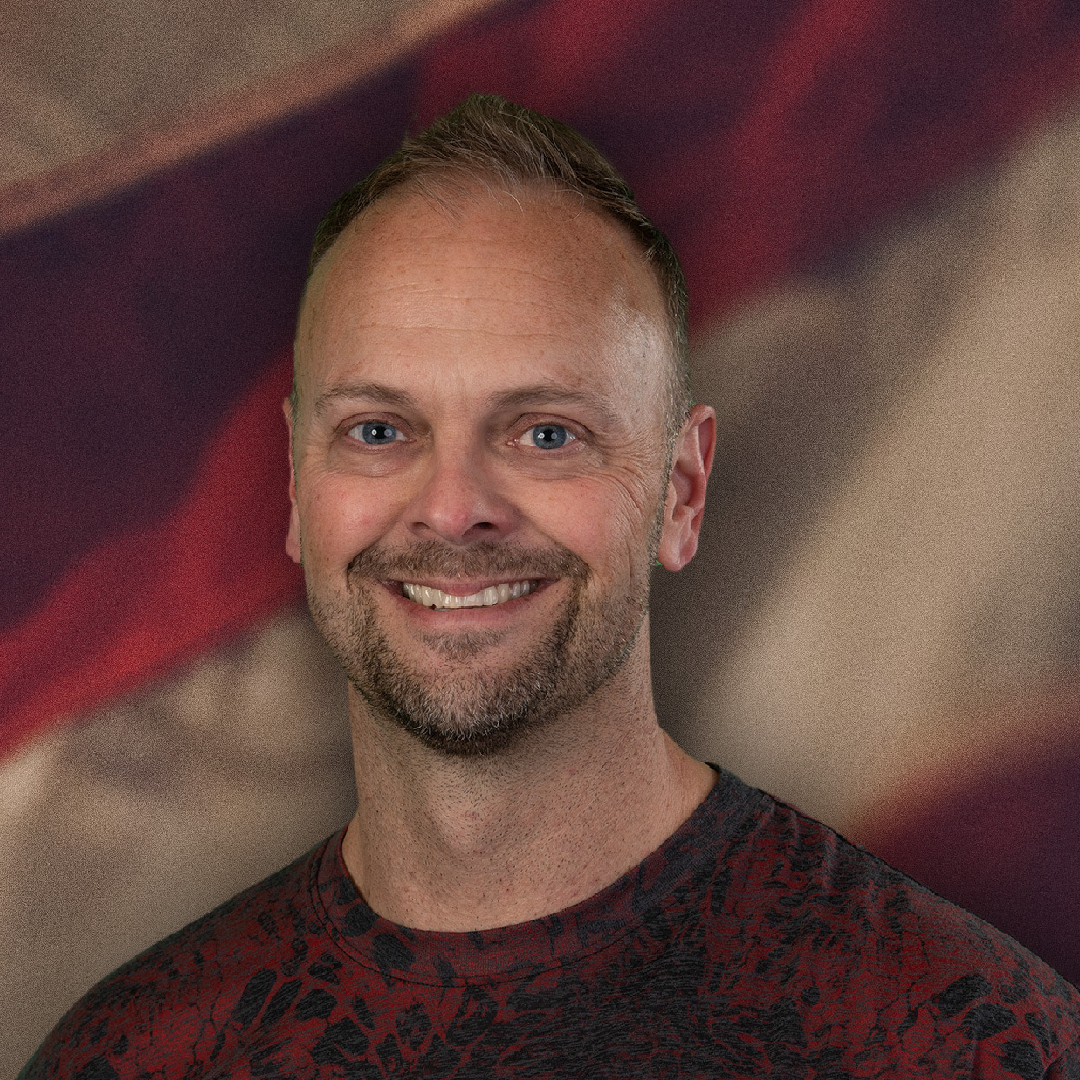 Travis Bowman is an author, actor, film producer and 7th generation descendant of Peter Francisco. He released his novel LUSO™ in 2009 and worked with the History Channel to produce the first ever television documentary about his famous ancestor. The documentary, The Peter Francisco Story, won a Platinum Aurora Award in 2012.

Travis has brought his great-grandfather to life over 100 times through a 30-minute dramatic impersonation for historic societies, schools, universities, and church groups across the US and Portugal. Mr. Bowman’s work has earned him numerous awards and accolades and dozens of newspapers have published articles about him around the world.

Travis is cofounder of Into The Storm Productions, LLC which manages LUSO™. 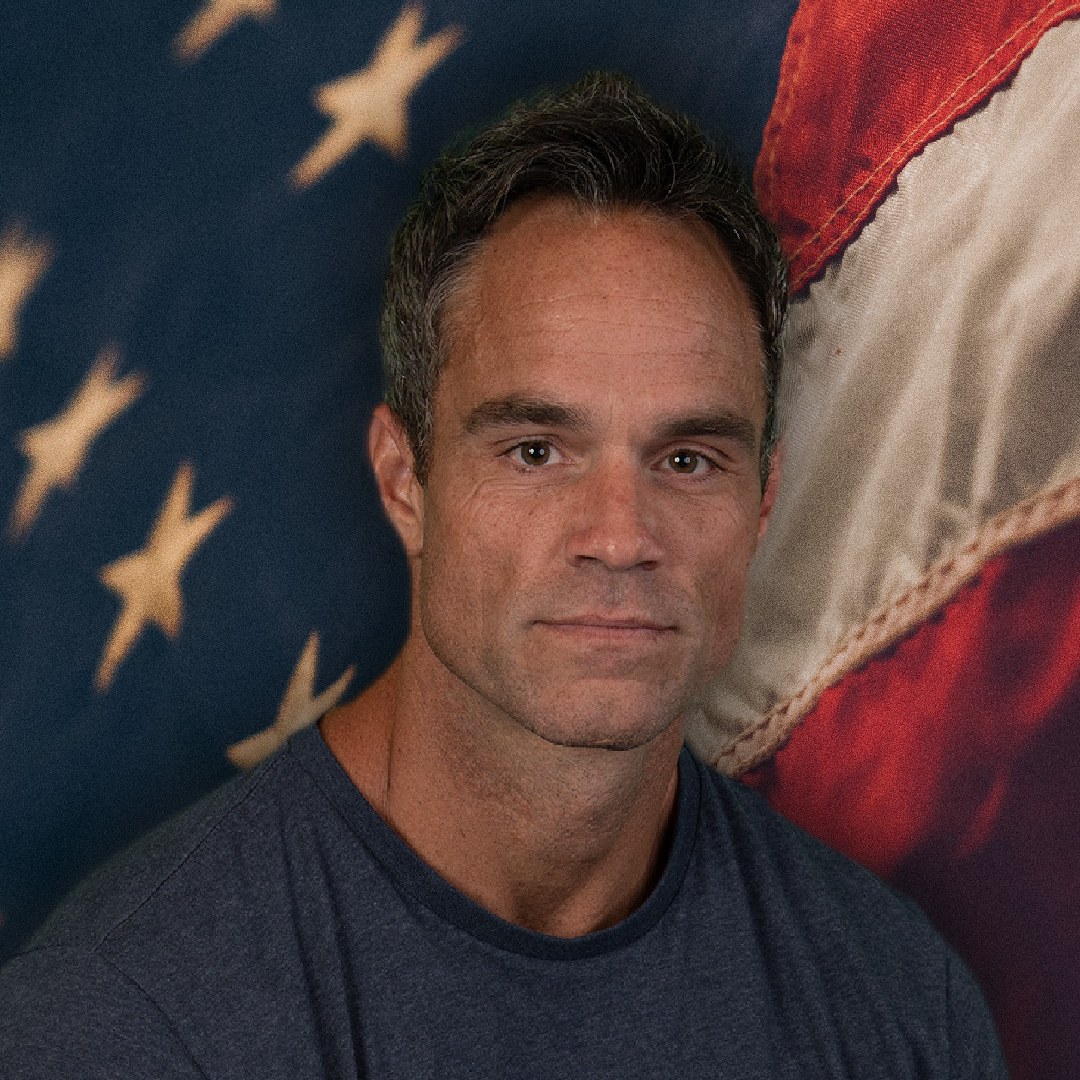 For over 20 years, Brian Patrick Wade has been entertaining audiences around the world with his acting skills. As an actor, he’s portrayed serious characters, comical roles, true heroes, and even comic book figures, and some people consider him one of the most diverse artists in Hollywood.

Brian was raised in Florida and shortly after college decided to move to Los Angeles to pursue his passion. Over the last two decades he’s been blessed to work with Kevin Costner, Laurence Fishburne, Ashton Kutcher, Kelsey Grammer, Clark Gregg, Chloe Bennet… just to name a few. You might recognize him from the Big Bang Theory, The Guardian, Two & Half Men, NCIS, Teen Wolf or Marvel Agents of SHIELD, and now he’s stepping into a Producer/Actor role on LUSO™.

Brian is cofounder of Into The Storm Productions, LLC which manages LUSO™. 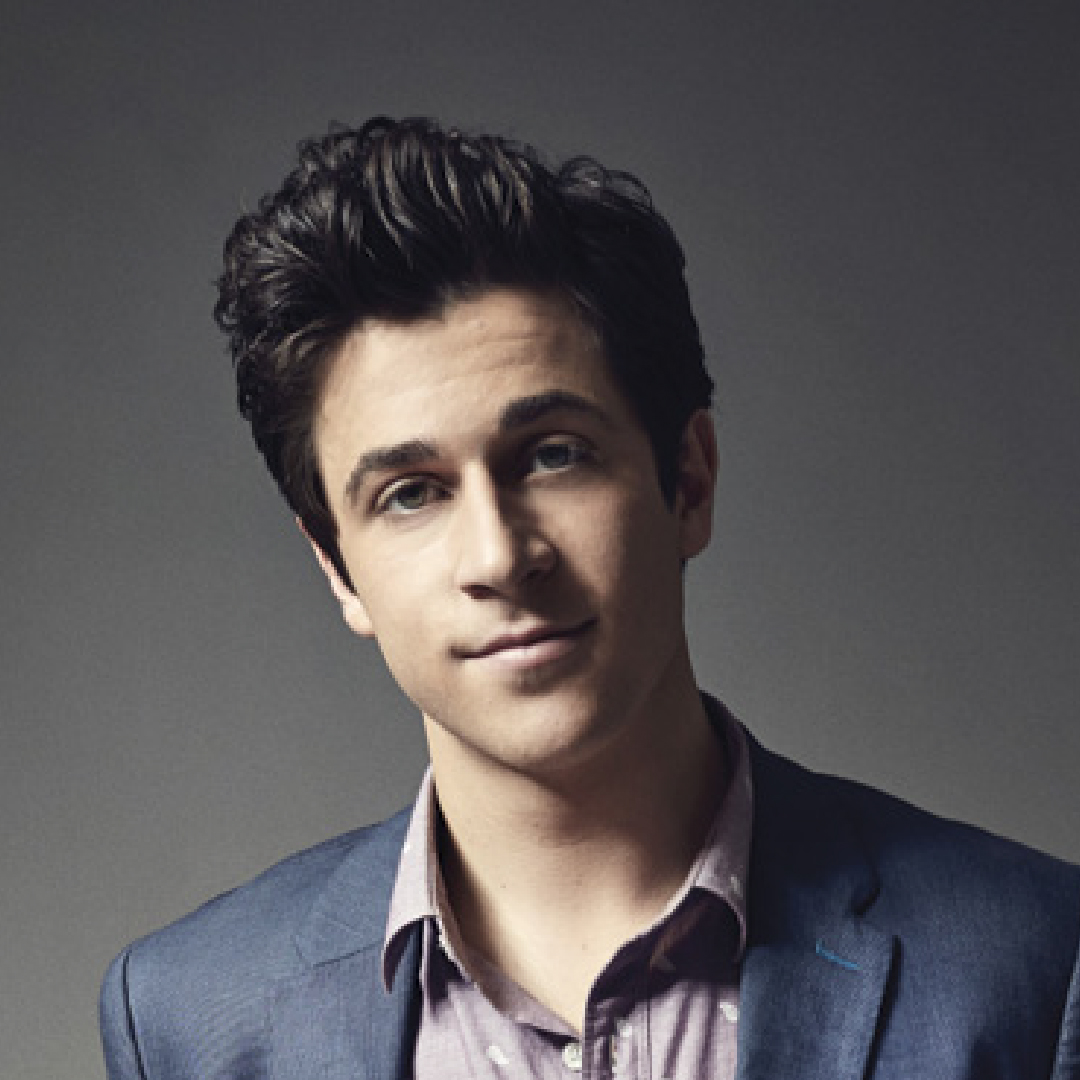 David is a founding partner of Novo Media Group, (NMG). Currently, David is Executive Producing and writing on the Netflix series A TALE DARK & GRIMM which NMG is producing.

David is well known actor for most known for playing ‘Justin Russo” in Disney Channel’s WIZARDS OF WAVERLY PLACE, which is the only show in Disney  Channel history to win multiple Emmys. In addition to staring in Wizards, David also got his start writing on the show making him the youngest actor in Disney Channel  history to also be a writer.

David recently directed THIS IS THE YEAR, that he wrote and produced with Selena Gomez, which is now available on all VOD services and is now directing a NMG produced film starring Mel Gibson, Kevin James, Lorraine Bracco  featuring Mason Thames (BLACK PHONE $150m) called Boys of Summer. 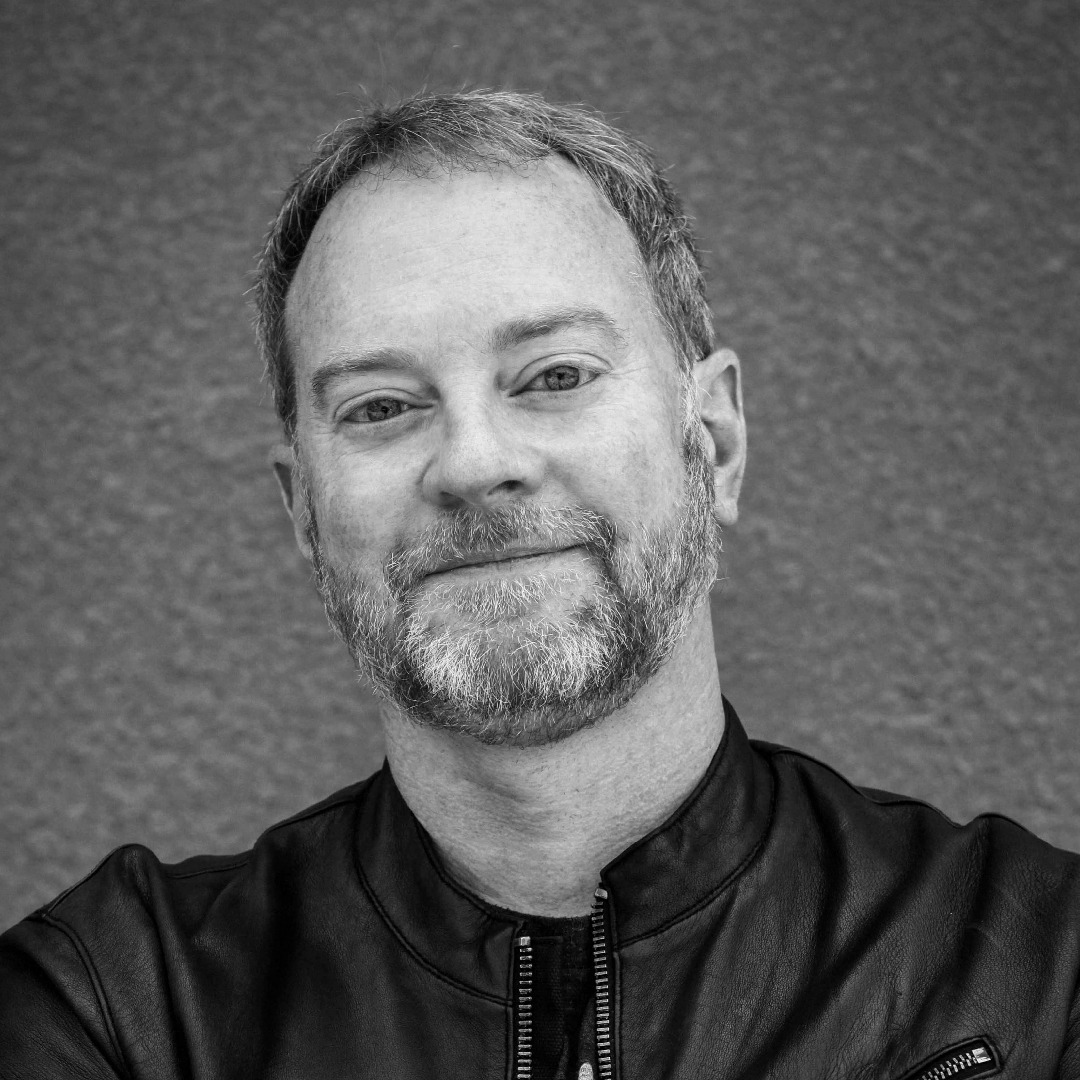 Craig Titley is a feature film and television writer/producer who began in film development as an assistant story editor for director Joe Dante (Gremlins, Innerspace) and a creative executive for Nickelodeon Movies before going on to become a successful screenwriter, penning the first live-action Scooby-Doo movie (with James Gunn), Cheaper by the Dozen, and Percy Jackson & The Olympians: The Lightning Thief. To date, Titley’s films have grossed nearly a billion dollars in worldwide box office. Other feature film projects include adaptations of Twenty Thousand Leagues Under the Sea (with Sam Raimi producing), Arabian Nights, and Dean Koontz’s Oddkins. He is currently writing the Ancient Aliens movie for Legendary Pictures. 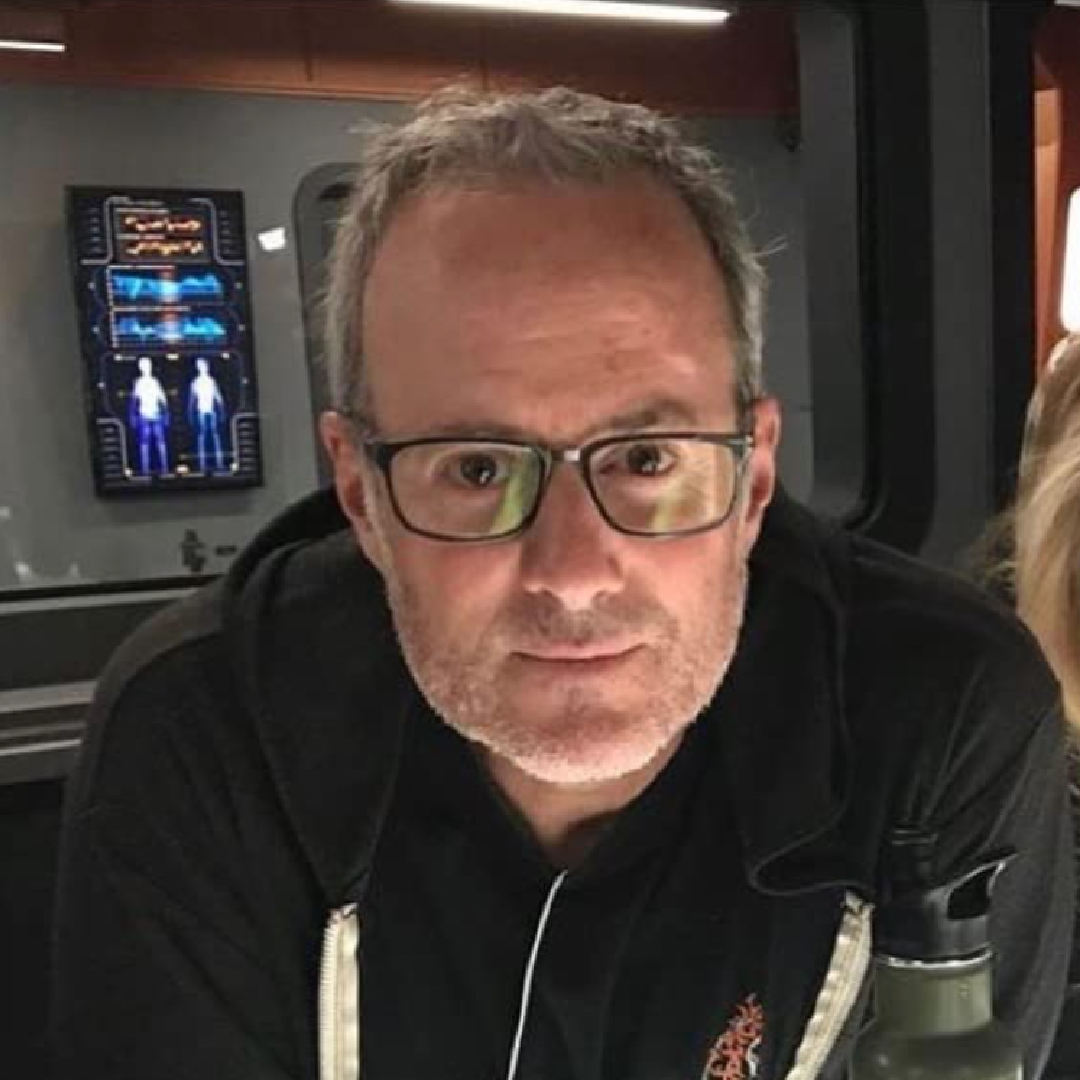 Keith Potter began his entertainment career as a rock music DJ and radio personality. Keith moved into work on feature films and television, first as a Locations Manager on the Coen Brother’s film, “O’ Brother, Where Art Thou?”, then later as an Assistant Director on projects for Universal, Disney, Marvel TV, Warner Brothers, New Line, ABC, CBS, and other studios. As a 1st Assistant Director, Keith has been heavily involved in many major stunt and action sequences and he is experienced in high concept visual effects scenes. Keith has also directed multiple episodes for Marvel TV and ABC/Disney. 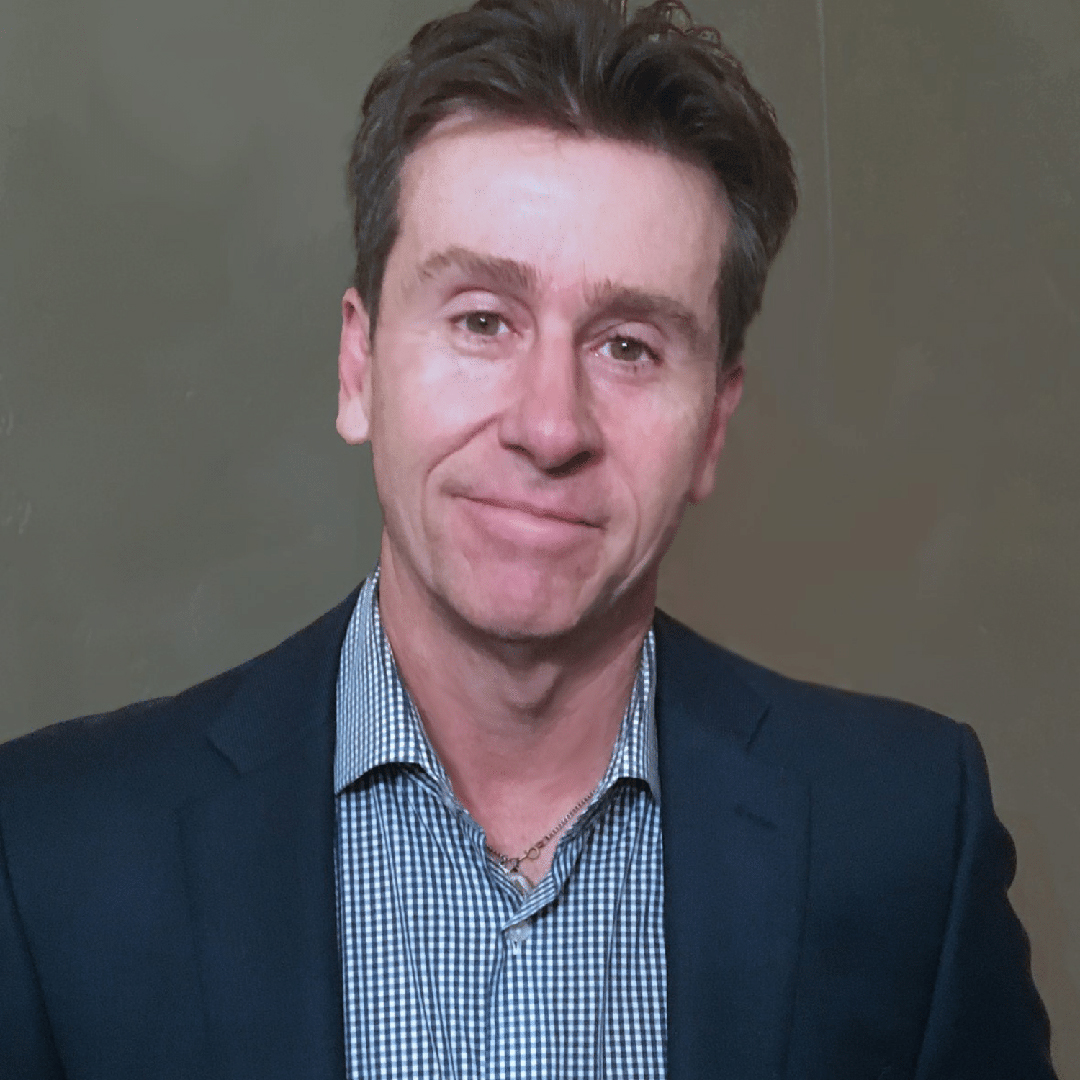 Mr. Henrie has leveraged his real estate background alongside Creative Partner David Henrie and Key Board Advisors to build an International Content Development and Production Company. Novo Media Group has positioned itself as a highly sought after, reliable source for excellence in production quality. NOVO has projects in production and, relationships with nearly all of the major studios such as Netflix, Disney, Paramount, Warner Bros., Fox Studios, Hulu, Amazon, Lionsgate, etc. 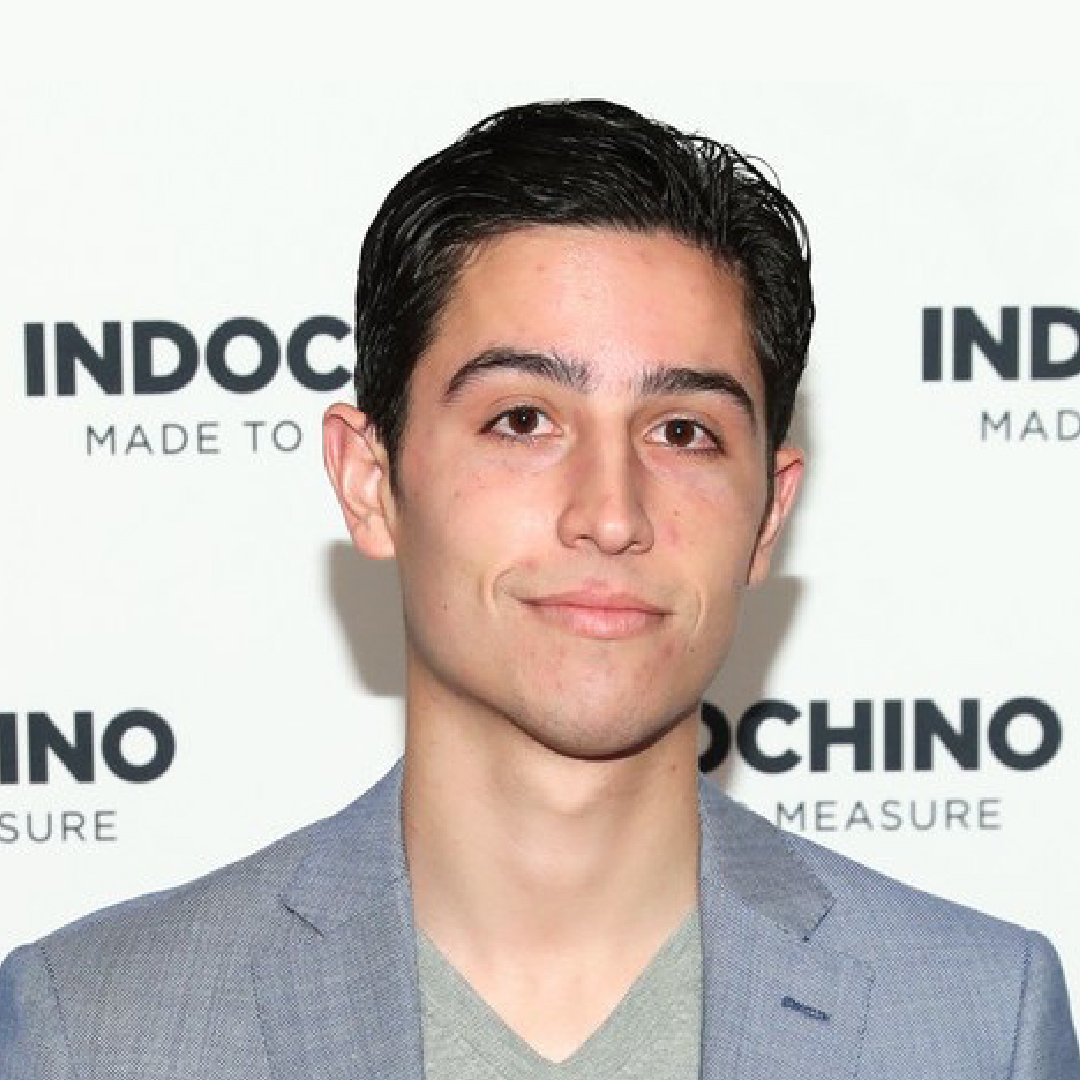 Lorenzo is a founding partner at Novo Media Group and has 20 years of experience as an actor most known for being in one of the biggest cable series for AMC Fear the Walking Dead. Lorenzo also starred in Novo’s THIS IS THE YEAR which was produced with Selena Gomez. Through Lorenzo’s 20 plus years in the industry he has built-up top level industry relationships with  networks, actors, and agencies which help Novo’s goals of bringing the best  content to the marketplace.

Angel Studios is the home of stories that  amplify light. Through its platform, thousands  of “Angel” investors choose which titles will  be created, funded, and distributed. Angel  Studios allows creators and audiences to form  passionate communities around their creative  projects, making the story behind the story as important as the final project itself.

Angel Studios, the streaming platform behind  many of the most successful crowdfunded  shows of all time, announced more than  $100 million in new original content at its  “Illuminate ‘22” annual live streaming event  for investors. The action-packed event featured  key announcements about the company’s  upcoming original content lineup. Angel continues to use its innovative crowdfunding model—in combination with funding from venture capital firms—to tell stories that amplify light, providing a viable family-friendly alternative to Hollywood. “We’re thrilled at the caliber of content that the Angel Studios investors selected for crowdfunding this year, validating our thesis that the crowd will make better decisions than a few executives. The success of The Chosen, Tuttle Twins, and Dry Bar Comedy is now leading to incredible new series like LUSO™ and movies like David, totalling in production budgets of over $100 million,” said Neal Harmon, Angel Studios CEO. 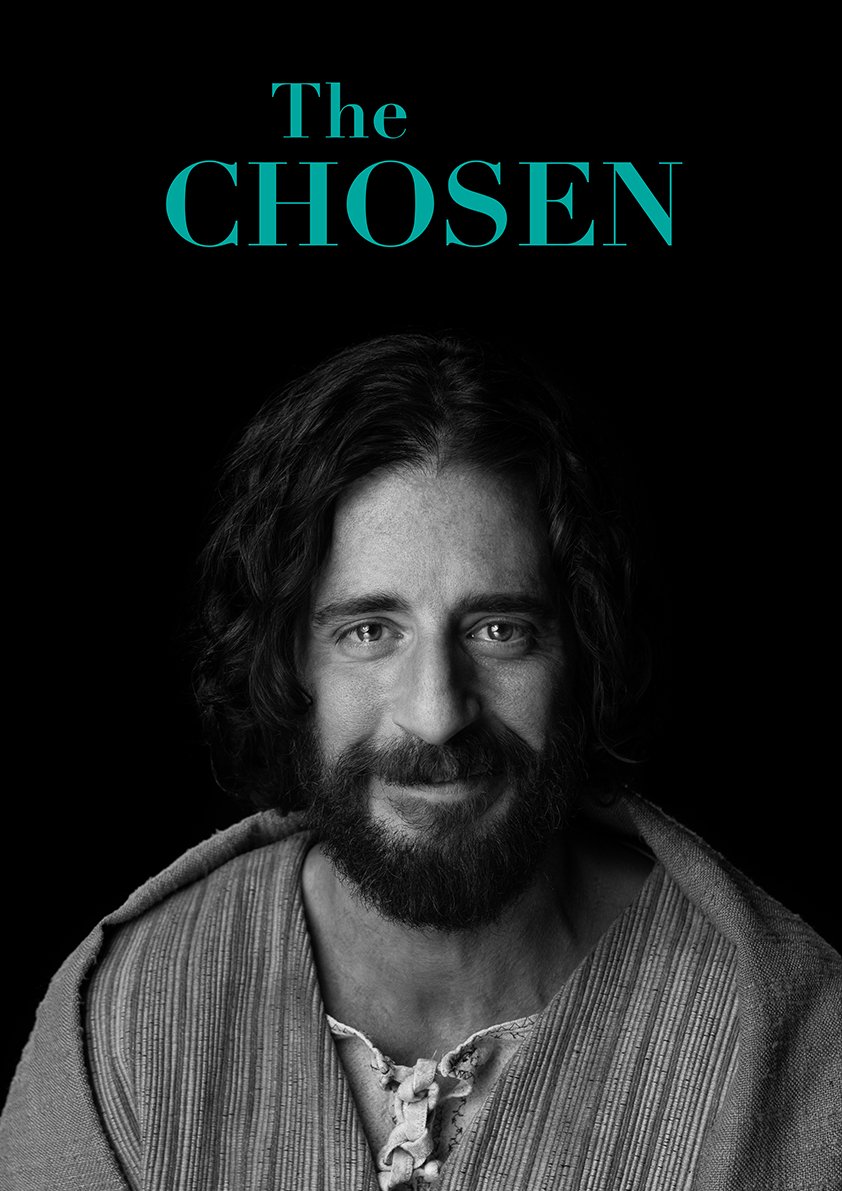 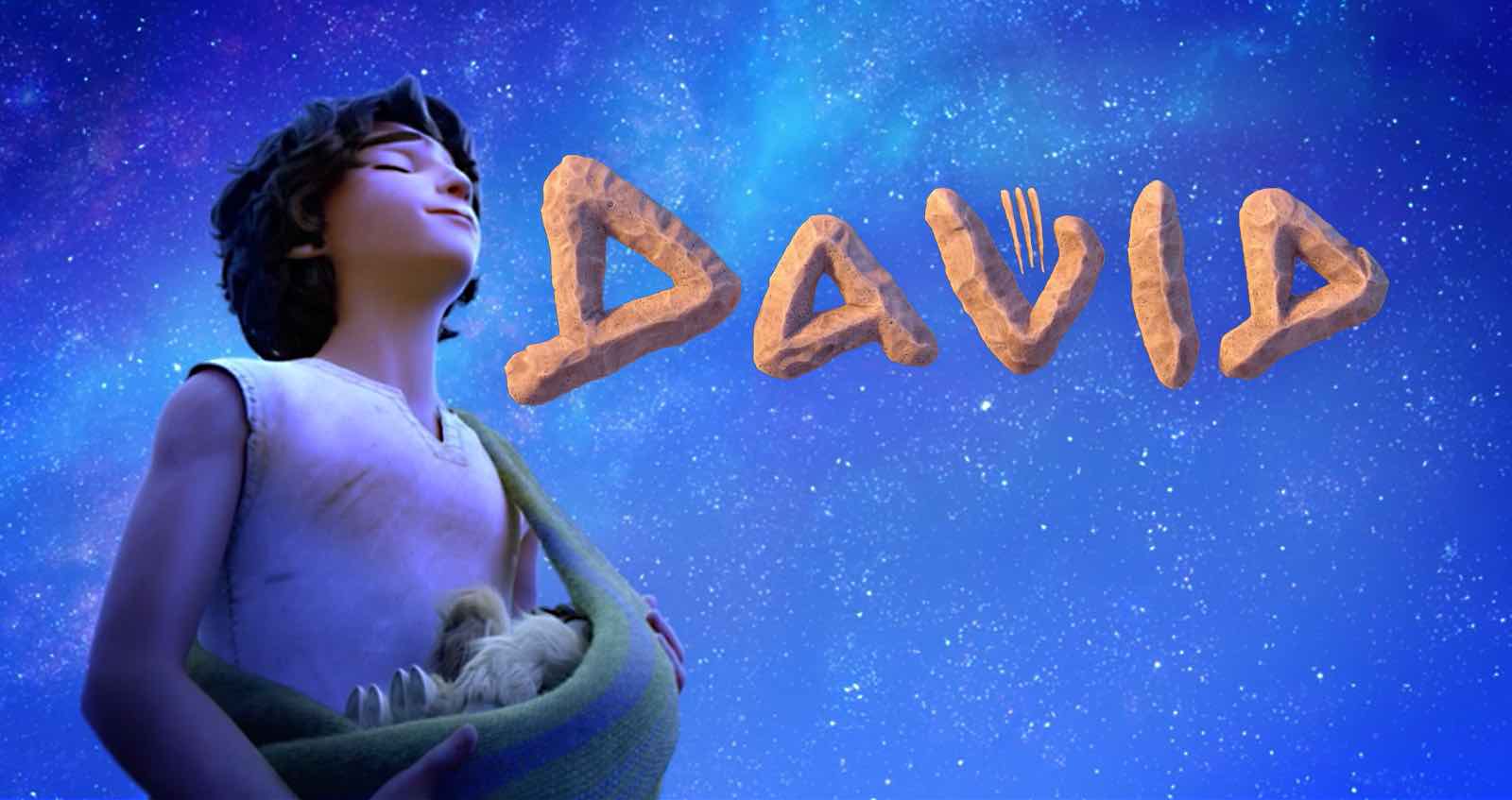 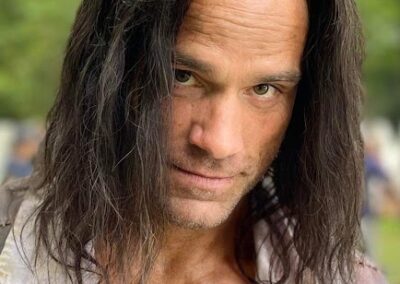 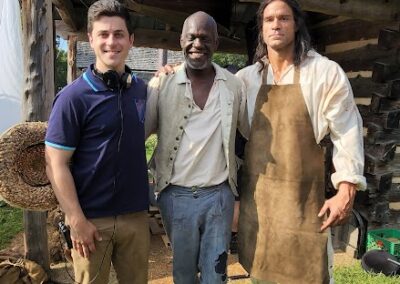 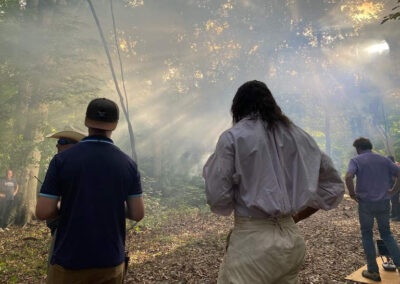 Who was Peter Francisco?

Pedro Francisco was born on July 9th, 1760 in Porto Judeu on Terceira Island  in the Azores. Unfortunately, in real  life, he never knew where he was from,  but a professor from the University of Virginia found the birth record in 1960 when he was doing research in the Azores for other studies.

Peter would later recount that he was kidnapped on the Day of Pentecost from an island, and then Virginia documents record that he was found on June 23, 1765 in City Point (now Hopewell, VA). There is a monument in front of city hall in honor of where young Pedro (later changed to Peter) was found in Virginia and the historic marker in town calls him George Washington’s “One Man Army”. Francisco was in  most of the major battles of the Northern and Southern campaign during the Revolution. He fought for a total of five years… from the beginning to the very end.

The battle scenes in the movie are based on eye witness accounts and historic  documents about Peter’s heroic actions. He was wounded six times and left for  dead twice.

The Portuguese-American communities in New England have been preserving Peter’s legacy for over 50 years by building monuments in his honor, naming parks after him, and even giving out the Peter Francisco Award every five years. The first recipient was John F. Kennedy.

Today, five monuments stand in Peter  Francisco’s honor, four states observe  Peter Francisco Day on March 15th, and  the US Postal service enshrined him on a stamp in 1976. Two of the five monuments refer to him as “Hercules”. There are several museums in Virginia and North Carolina that have artifacts on display that were owned by Peter, and his home, called Locust Grove, has been a registered national historic site in Dillwyn, Virginia since 1972. A portrait painting of Peter hangs in the Virginia Capitol building right next to the Speaker of the House’s office door.

Peter lived a long life and was serving in the Virginia Senate when he passed away at the age of 71 on January 16th, 1831. The Virginia government shut down for a day to mourn the loss of a Revolutionary hero, and they paid for his funeral. The Richmond Times reported this was the largest funeral procession Virginia had ever seen. He is buried in a famous cemetery in downtown Richmond, Virginia.

Why should I care?

Why is your series going to be so awesome?

Where can I sell my firstborn child?